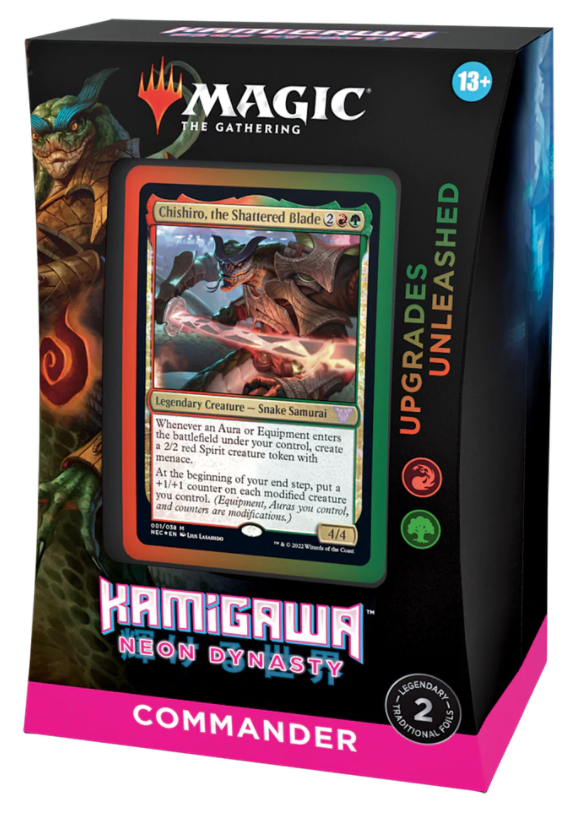 Set 1200 years after the first Kamigawa block, Neon Dynasty promises to be filled with cyberpunk samurai and flashy Sci-fi aesthetics. On a plane where tradition dovestails with modernity, you will be met by both new and old faces: Kamigawa's Emperor is rumored to be a familiar character, while Kaito, a cyber ninja Planeswalker, makes his first appearance.

Commander is a multiplayer way to play Magic?an epic, free-for-all battle full of strategic plays and social intrigue. Alliances may be made, but in the end, only one player will be left standing. Until the next game begins, of course! Try out?Magic: The Gathering?s?most popular format with a ready-to-play deck from?Kamigawa: Neon Dynasty