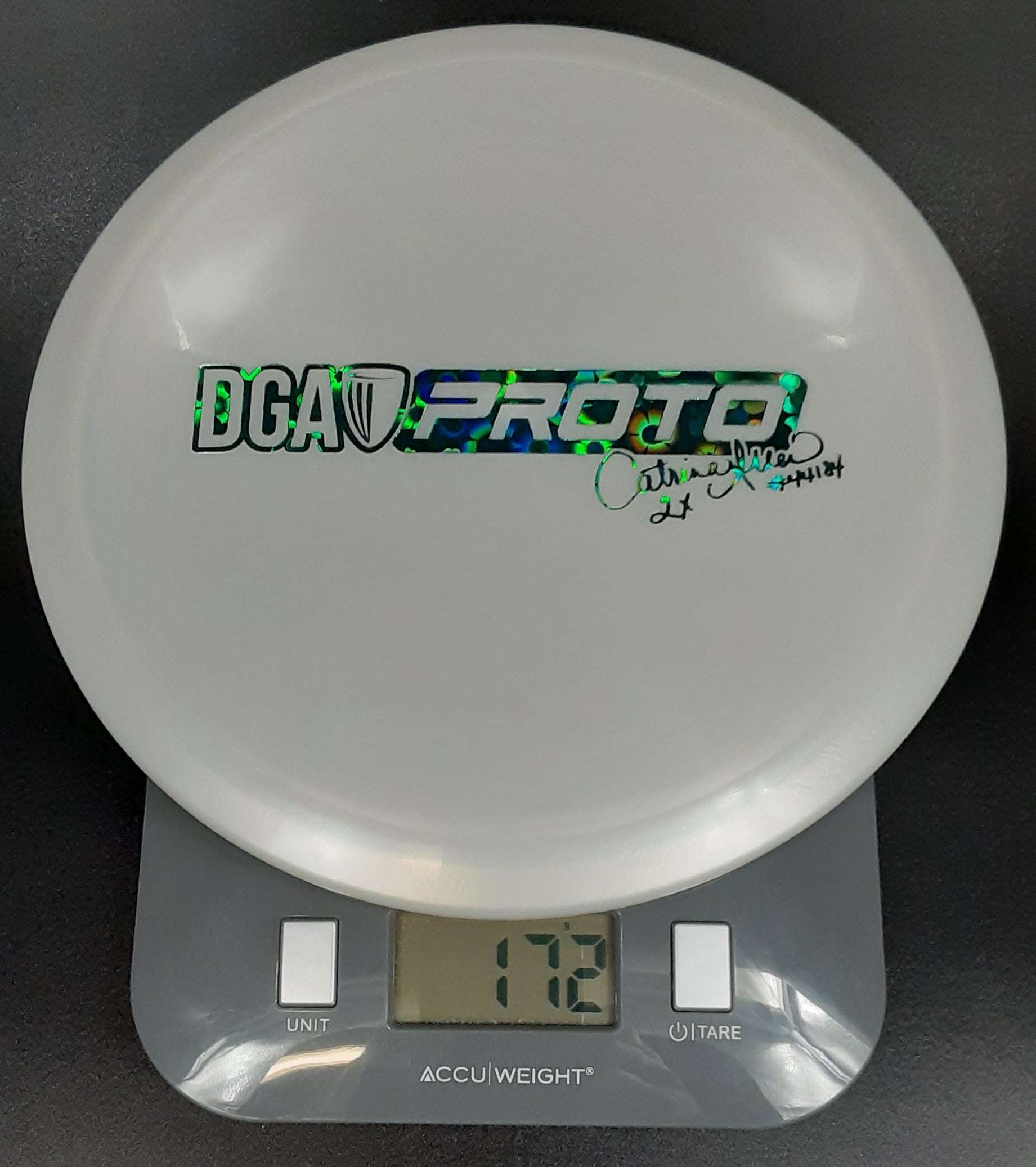 Support Catrina with the purchase of one of these limited discs. This is a new DGA Prototype that was developed with the help of the reigning and 2x FPO World Champion. This new fairway driver is a speed 7 disc that is easy to control and will hold almost any line perfectly. With great glide and a little bit of turn, it will be a great choice for newer players and skilled veterans alike.?

Once officially released, this will become one of Catrina?s Signature Edition discs within the DGA lineup. This?will be the ONLY run of Prototypes for this mold.

The flight numbers have not been released,?but are unofficially?estimated at 7 / 6 / -2 / 1.?This will be updated when more information is released.